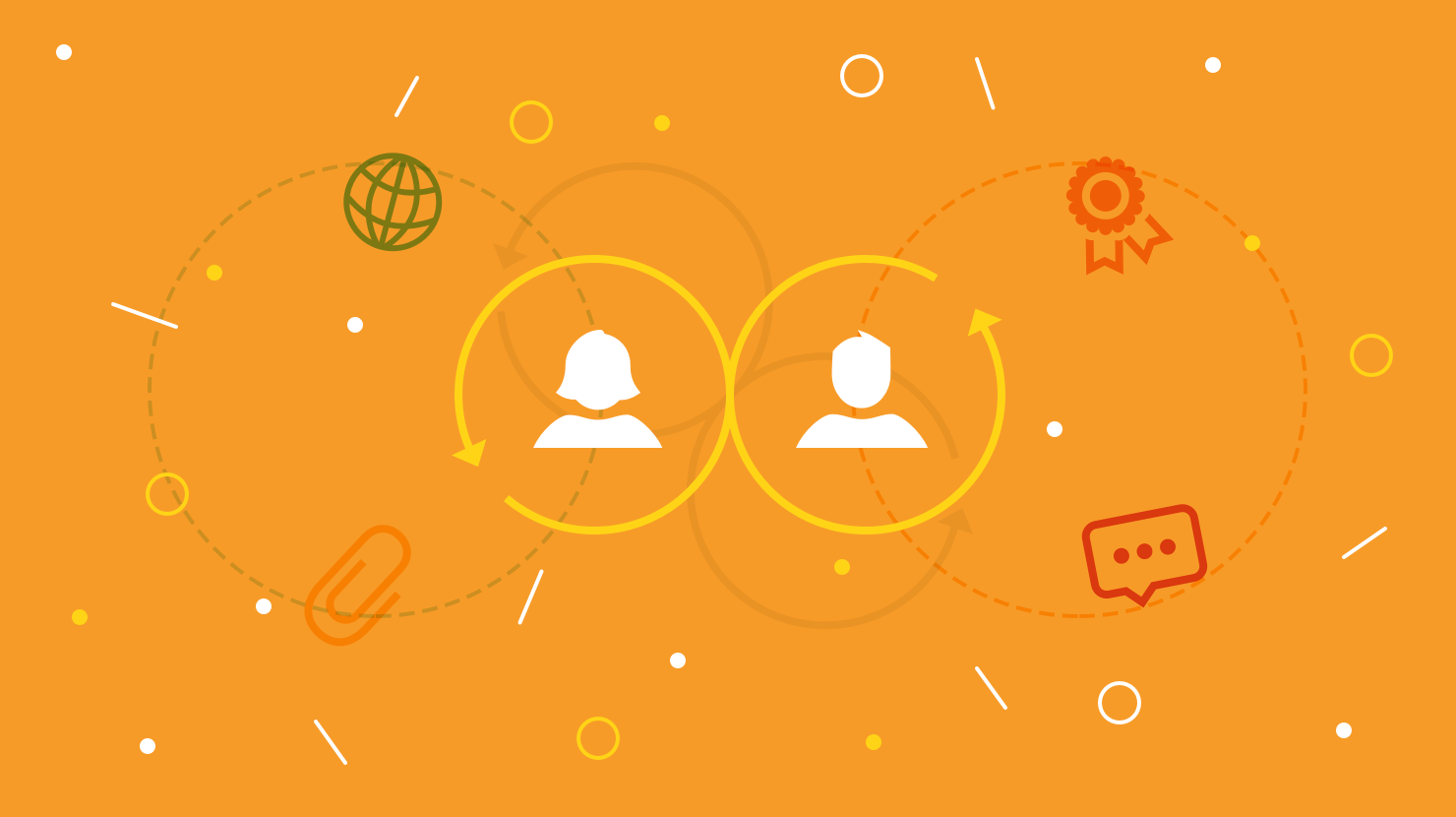 Trust is fundamental in the workplace. Here's how to build it.

Have you ever had a big brainstorming session that fell completely flat? You dreamt of sitting around a huge whiteboard and spitballing ideas as a team, but the reality was a group of people avoiding eye contact and hesitantly making suggestions.

The problem? There was little trust in the room. Without trust, people are reluctant to put themselves out there. If they do, they’re vulnerable. Which means they could be dismissed or judged.

Conversely, employees who trust their colleagues and leadership are more likely to be open, honest, empathetic, collaborative, and constructive. All of which boosts innovation and productivity.

In this article, we discuss the importance of trust in the workplace: what it is, how it manifests, and how to assess levels of trust. After that, we’ve got 12 simple but actionable tips for you to build trust at work.

As we’ve discussed in a previous article, there are two types of trust in the workplace. They can be defined as ‘practical’ and ‘emotional’:

This type of trust can be earned by being a steadfast worker; you meet commitments, show up on time, and do what you say you’ll do. People rely on your competence and dependability. They trust you to get the job done.

This trust is fundamental. If you don’t have it, your team is facing some big problems. It can lead to a lack of communication, knowledge hoarding, micro-management, duplication of work, missed deadlines, and terrible productivity.

This type of trust is next level. And it’s what takes teamwork in the workplace to the next level too. It’s when people trust that you’re on their side. They know you’ll treat them kindly and respectfully, that you won’t judge them for their setbacks, and they’re comfortable telling you their honest thoughts, feelings, and ideas.

This type of trust is, obviously, far more complex. It goes beyond hard work and respecting other people’s time; it requires a certain level of emotional intelligence. The good news is, even if you don’t think you have this as an innate skill, it can be learnt.

Do people trust you at work?

When people don’t trust you, it becomes obvious in their behaviour. They double-check your work, they micro-manage you, and they don’t invite you to confidential meetings. (Business Insider wrote an article on signs of mistrust in case you’re not sure what to look for.)

Sometimes, it’s because the individual has a low trust threshold; it’s not you at all. However, if several colleagues treat you like this, it may be time to self-reflect. Are your own actions causing people not to trust you? Do you:

These actions (or inactions) will impact your credibility and reliability in the eyes of others. If you’re looking to turn that around, it’s time to consider Charles Green’s Trust Equation in the next section.

How to assess trust: the Trust Equation

You can use the Trust Equation to assess why people may not trust you, and why you may not trust others. (This looks more complicated than it is, so stick with me. It’ll help you.)

Here’s an example scenario and how to use the trust equation:

I’ve just started working with Ted for the first time. After a few weeks, my impression of Ted is that he’s smart, well-informed, and punctual. However, I don’t know him that well, and he doesn’t seem to truly listen to others or take their ideas on board. Plus, he interrupts, a lot. Here’s how I would rate my trust in him (from 1-10):

Although I believe Ted knows his stuff, meets deadlines, and I think I can trust him with what I say, my overall trust in him in low. This is because he doesn’t take my ideas on board. He doesn’t even listen to them. His disregard for me means I’m not able to build emotional trust with him.

Now, let’s do a quick comparison with my long-standing colleague, Donna. She’s equally smart and well-informed, sometimes late with deadlines, keeps my sensitive information confidential, and is highly aware of others and their challenges. Here’s how I would rate her:

Even though Donna is sometimes late with deadlines, I trust her four times more than Ted. This is because Donna’s Self-Orientation is low. She listens to me. She seems to care. She’s self-aware and aware of others; their feelings, thoughts, and challenges.

After looking at this equation, it becomes clear that to build trust, you can increase Credibility,
Reliability, and Intimacy, and/or you can reduce Self-Orientation. As Charles Green states, “Self-orientation, which sits alone in the denominator, is the most important variable in the Trust Equation.”

Thus, improving your Self Orientation (by reducing it) has the biggest influence on how much people can develop emotional trust with you. In the next section, we’ve got some pointers on how to do this.

“The struggle between humility and your ego is a daily battle. We all falter.”
Seeking Wisdom

What does trust have to do with psychological safety?

How to build trust at work

In this section, we address each of the four topics and provide three tips on how to improve them.

This one is fundamental. It seems incredibly obvious, but is surprisingly easy to lapse from. What about when your colleague asks if you followed up with that email you totally forgot about? You could lie, say yes, and do it that very moment. Or, you could admit that you totally forgot but will do it now.

This may hurt your Reliability rating, but the day you get discovered as a liar, both your Credibility and Reliability will shatter. Not worth it.

2. Admit when you don’t know something

If you don’t know the answer or you don’t remember the solution, just say so. Not only will this allow you to learn and grow, but you won’t be considered a fake who’s wasting people’s time with lies.

Someone who’s never wrong is highly irritating. How can I trust someone if they have so little self-awareness they won’t even consider the fact they’re wrong, or they feel they have to hide it. If they’re hiding that, what else are they hiding? If you truly believe you’re right, ask the other person to explain further. You simply might not have the big picture.

If you cancel at the last minute, fail to show up, or a miss a deadline, people will instantly wonder if you’ll do it again. You’ve planted that seed. If you make a habit of it, then people will learn that this is your normal behaviour and will instinctively not trust you to follow through with commitments.

This basically means, if you’re meant to do something as part of your role at work, do it. Don’t let it slip onto someone else’s plate or try to get away with not doing it. Not only does this frustrate people, it suggests you’re not fully committed. People won’t trust that you can (or will) do your job.

If you’re transparent—if you communicate your intentions and reasons for doing something—you’re giving people a window into who you are. You’re giving them a grounding for trusting what you do because they can understand why you’re doing it.

1. Extend trust to others

If you want people to trust you with their honest insights, it may be time to extend an olive branch. Share with them first. Give trust to get it.

In some instances, people are happy to share but they feel like they need to be asked. They don’t want to impose, but if they’re invited to participate (in a brainstorming session, a review, or personal conversation) they may be keen to. You’ll get people to share more (and trust you more) if only you’d ask.

If you scoff, dismiss, or laugh at someone else’s idea or contribution, you’ll ruin your chances of trust. If people don’t feel safe being honest around you, they’ll clam up. Try to read people and measure your reactions to how sensitive they are.

Reducing Self Orientation is about having self-awareness, and putting that awareness into action. It’s remembering that everyone else is just as important as you are. They have a purpose and they have a voice. By listening to that voice you’ll empower them to share and trust. Among other things, this is key to interpersonal relationships, innovation, and progress.

1. Give others a chance to talk

Fundamentally, if you don’t invite others to talk—if you dominate conversation or never ask questions—you’re signaling that you don’t really care about what others have to say. If you’re not inviting people to speak, it suggests you’re happy to do all of the speaking yourself. In short, it suggests you don’t value them.

If you ask people questions, personal or professional, it has the opposite effect. It gives them a chance to enter a two-way relationship, to feel respected, and to have the ability to share and trust.

It’s no good asking questions for the sake of it. Perhaps worse than people who don’t ask questions are those who ask but don’t listen to the answer (or don’t consider it). It’s pure lip service. It makes the person feel like their opinions have been voiced and then totally disregarded. After a while, they won’t contribute at all. They don’t trust you’ll listen.

When you’re in a conversation, don’t just wait for your chance to talk. Seriously regard what the other person had to say, consider it, and maybe even ask another question. People will engage with you (and start to trust you) if they feel like you’re truly listening.

Before you feel like you have to chip in to the next conversation, consider this: will it add value? If not, you’re just doing it to be heard. (As a footnote to this: don’t be afraid of silence. It doesn’t always have to be filled.)

When something goes wrong and you’re partially to blame, the human reaction is often to place blame on others. “Oh, it was more their fault because of XYZ.” Not only will this ruin the trust between you and the people you’re blaming, but it reduces your ability to establish trust with most people who hear it. No-one trusts a blamer because you don’t know what they’re saying behind your back.

Conversely, if you take responsibility for failures, people start to see that you have integrity. You’re honest and transparent, which people can get on board with. Also, they know they won’t get thrown under the bus.

This applies to some obvious situations, for example, if your team misses a deadline. In which case, you’d probably say something like:

“In part, it was my fault we missed the deadline. I thought the team had it under control but I failed to check in with them and offer support” rather than “My team really messed up. I need to speak to them about their work ethic.”

However, there are times when it’s less obvious, for example, when a respectable member of your team fails to complete a task that you assigned to them. You should probably consider (and say) “I failed to explain that clearly” rather than “You completely misunderstood me.”

Trust is an essential building block for a safe and productive workplace. It also has the power to improve employee experience. Hopefully the Trust Equation and our tips have given you some useful ideas on how to move towards a more open and trusting environment. Please reach out to us if you have any questions! 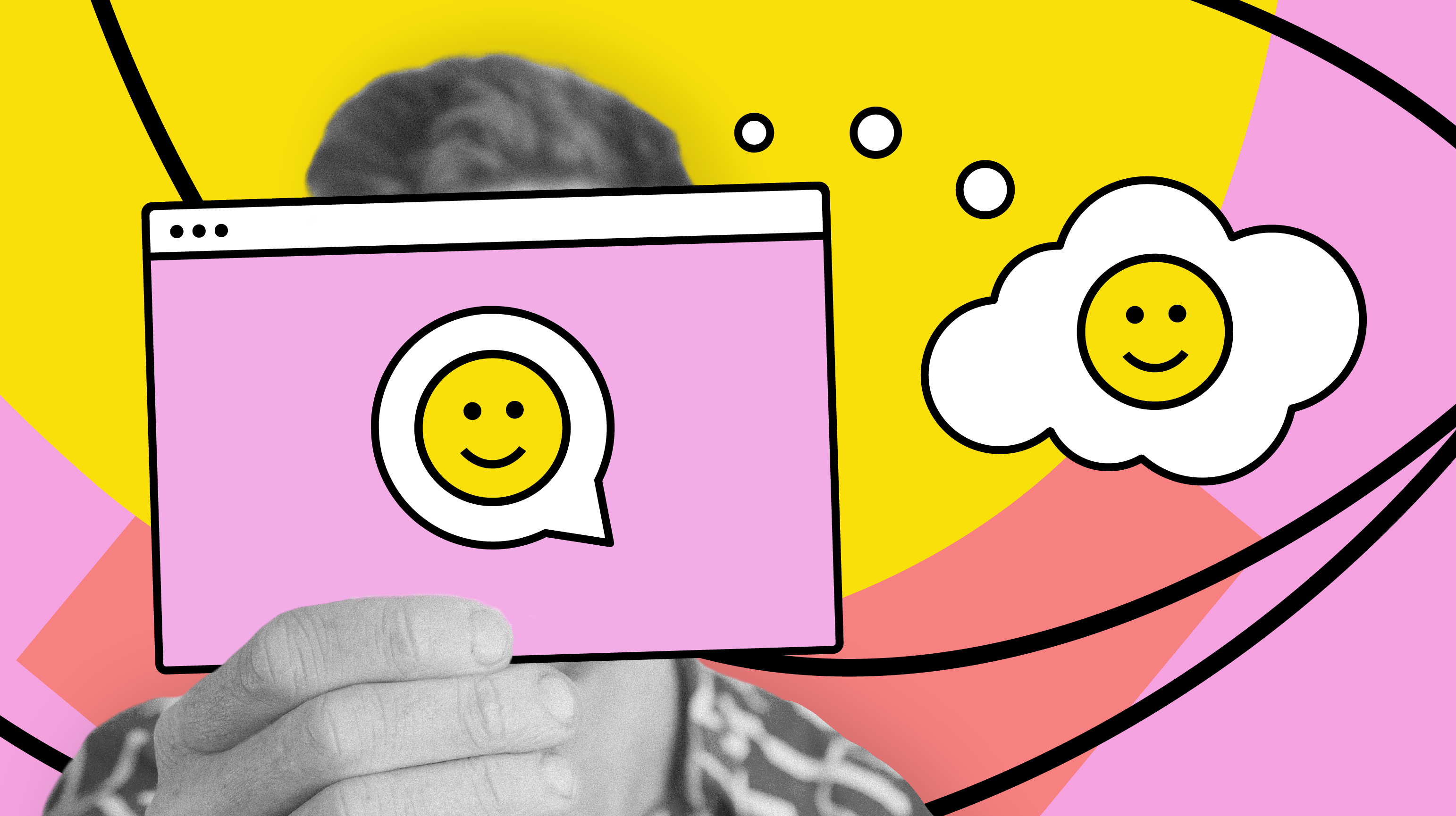 Find out how to be a transparent and authentic leader 💡 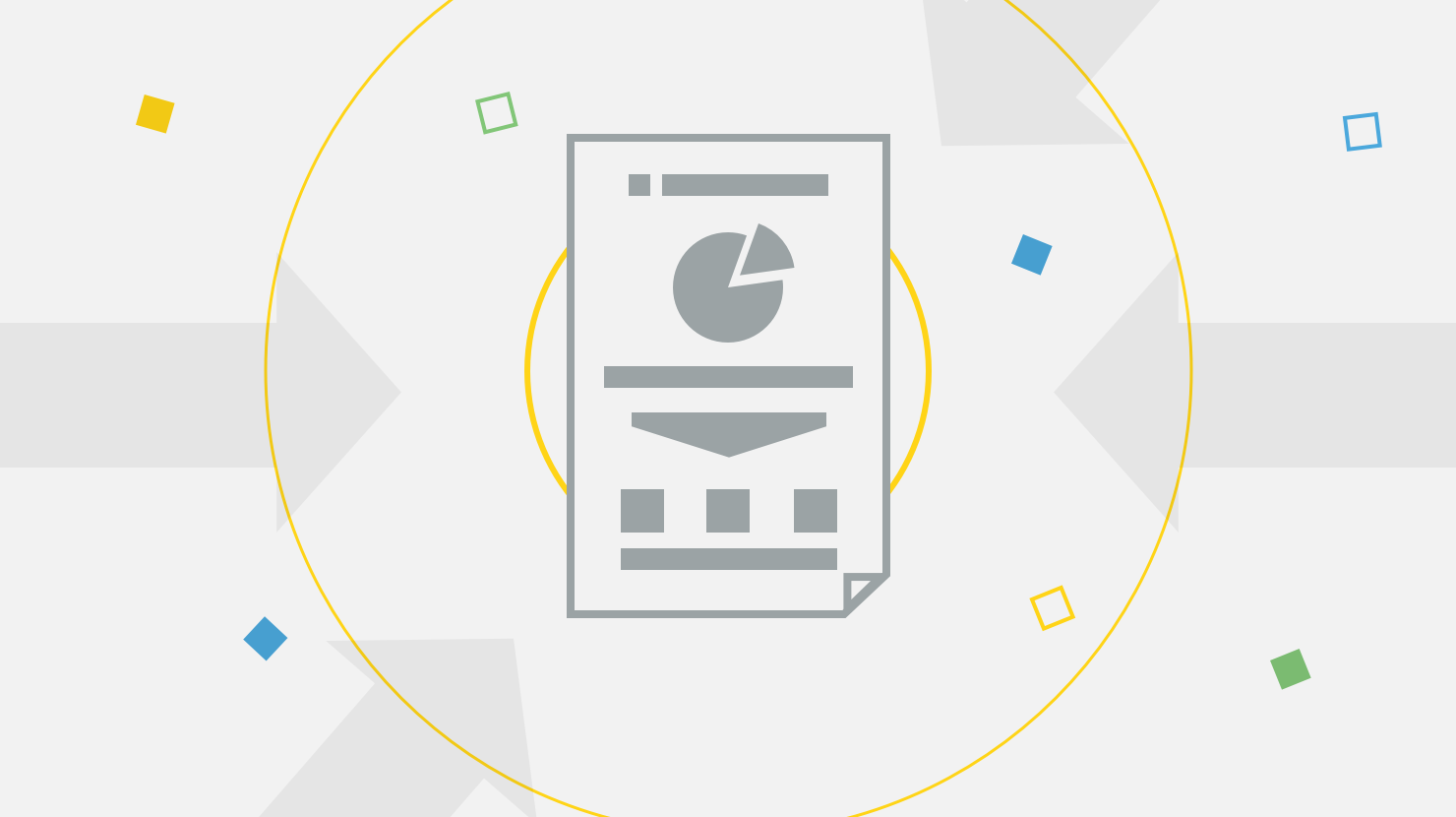 The power of employee engagement [infographic]