Voting may be an effective way to elect someone into office. After all, you will rarely, if ever, get 100% of people voting to agree on any one candidate, or anything else for that matter. Besides, if everyone agreed there would be no need to even have a vote.

When a group needs to make a decision, it is a common practice to seek consensus. We do this by asking people to vote. Building consensus is after all key in a democratic process. When you have a vote, in essence you “have a say” in the outcome. Even if the vote doesn’t go your way, you still had the privilege of having a voice.

Voting may be an effective way to elect someone into office. After all, you will rarely, if ever, get 100% of people voting to agree on any one candidate, or anything else for that matter. Besides, if everyone agreed there would be no need to even have a vote.

However, contrary to popular belief, voting is a terrible way to make decision by a team.

In fact, achieving consensus does not help teamwork or foster collaboration, but rather impedes it.

There are two fundamental reasons why…

1. Because the only people who own a decision made by a vote are those who voted with the majority opinion.

Everyone else gets to say I didn’t agree, which all too often results in behavior that undermines what needs to happen after the decision is made; and

2. Because the process of building consensus more often than not becomes about winning the debate at hand so you can get enough votes to prove you are right or your idea is the best one.

Unfortunately this tends to polarize people creating a camp of winners and a camp of losers, rather creating the sense that you are one team. Furthermore, when you are focused on winning, you are not inclined to learn from the opposing viewpoint. This is a big reason why an intelligent group of individuals does not necessarily function as an intelligent team.

It’s not that consensus is all bad. It has it’s place and purpose, but it isn’t enough if you want to function like a high performing team. Nor is pursuing agreement likely to help you leverage the collective intelligence of the individuals in any group.

So go ahead and use a consensus building process to get the opinions and issues on the table.

Use it to ensure everyone’s view is represented and help people understand the different points of views and options available.

Take a vote so you can “take the pulse” on where people stand.

Yet that is where the value in consensus building ends when it comes to making a decision that must be owned by every member of a team to succeed.

If you want everyone on the team to actually own a decision, you must shift the conversation from achieving consensus to building alignment. This requires that you shift your context and process from one of voting to gather agreement to one of choosing to align behind a shared commitment.

When you vote you simply declare your opinion. If the vote doesn’t go your way, you don’t have to pretend you agreed. If things don’t work out, you can reserve the right to blame “them” or say “I told you so”. Choosing, on the other hand, requires you to do the work necessary to be able to stand behind a decision as if you made that decision yourself. If things don’t work out the only place to look is in the mirror.

It is admittedly much harder to build alignment than it is to build consensus. In fact, It can be hard work for everyone involved, but it pays dividends when it comes to doing the hard work.

Want to strengthen your team with every decision?

Stop calling for a vote and start asking for a committed response by requesting of each and every team member to do the hard work of choosing the best possible decision together.

Susan Mazza has worked with organizations and leaders for over 20 years to substantially improve the performance of their people and their organizations. With her unique understanding of human systems and an unquenchable thirst to unlock the potential of the human spirit, she has worked successfully with many types and sizes of organizations and with people around the world including: Fortune 500, small and medium sized businesses, non-profits as well as educational institutions. A hallmark of Susan’s success in such diverse organizations is her ability to transform leading edge theory into pragmatic strategies and practical applications which significantly improve performance and inspire people to step out of their comfort zones to realize their full potential. 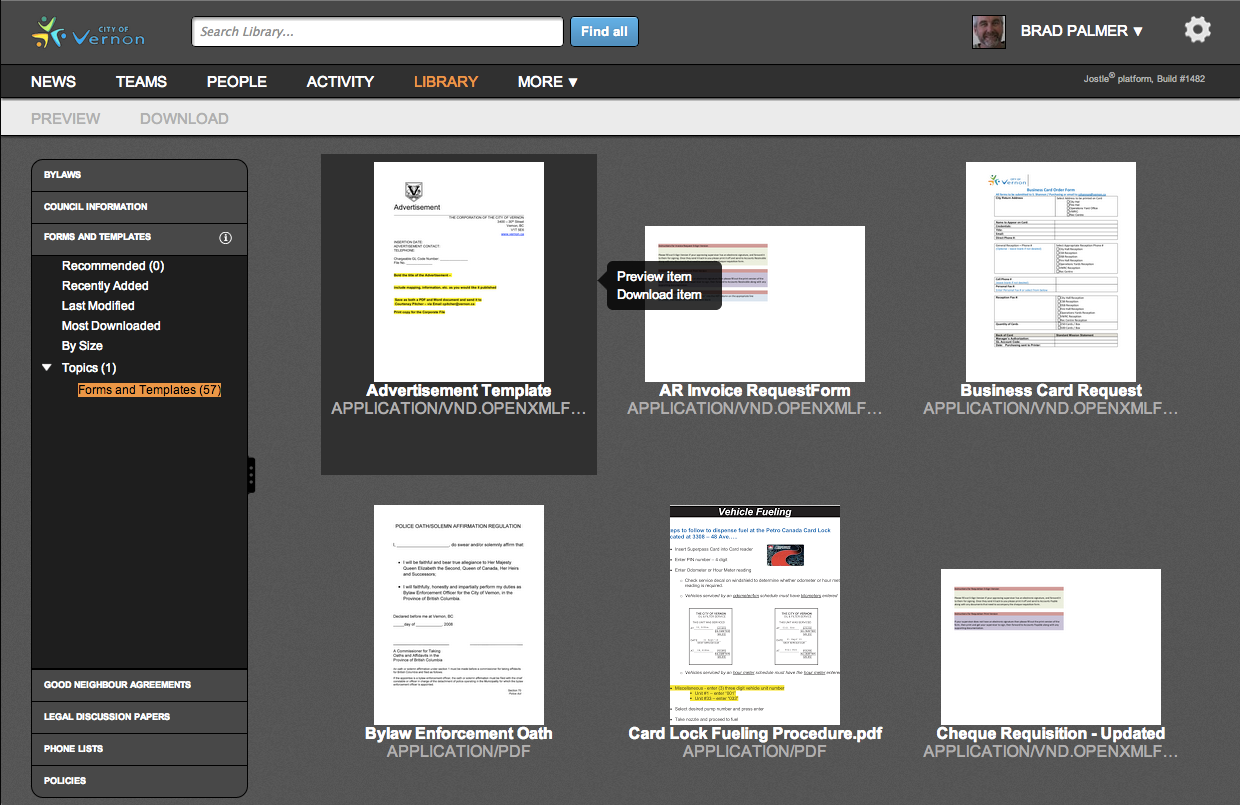 City of Vernon moves critical information out of SharePoint