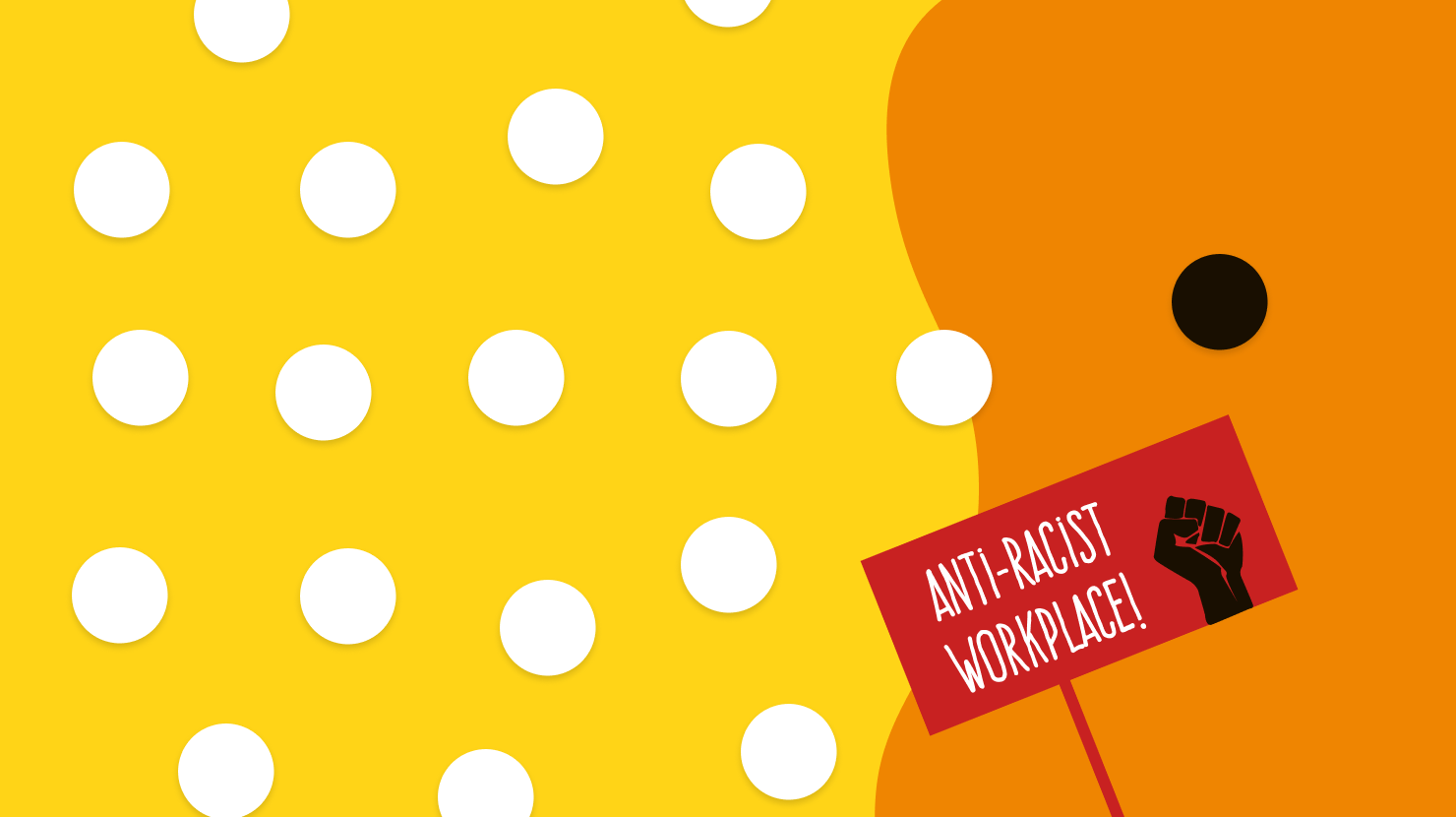 How to build an anti-racist workplace

Building an environment that's safe for black and brown people should be your organization's priority. Here's how to identify racism in the workplace and stamp it out.

The topic of racism in the workplace is sensitive for many people because it requires each of us to examine our own implicit biases, behaviors, privilege, and actions—which can be quite revealing and uncomfortable.

We all like to believe we're good people, harboring no ill will to each other, affording everyone equal treatment and attention. Many of us will deny that we're racist altogether, or point to more extreme examples of racist behavior as the "real problem", and continue silently about our day within our bubble of privilege. "That's not something that happens here" is the common refrain.

But the ability to check out from the wider conversation, put it out of our heads entirely, isn’t one that's universally shared. Let's be clear: racism exists in your community and in your workplace whether you choose to acknowledge it or not.

In fact, not acknowledging racism is racist in itself. It's a tacit acceptance that only helps normalize racist behavior. And for your black and brown colleagues, it's not merely a topic of conversation; it's a part of their everyday lives.

Creating a truly anti-racist workplace means more than simply acknowledging systemic racism and our own unconscious biases; it means actively working to stamp out racist thinking and behavior. This includes getting educated on what it means to be an ally, speaking out against racist practices, and recognizing that anti-racism is an ongoing struggle, a lifelong project for each of us.

Changing your conception of racism in the workplace 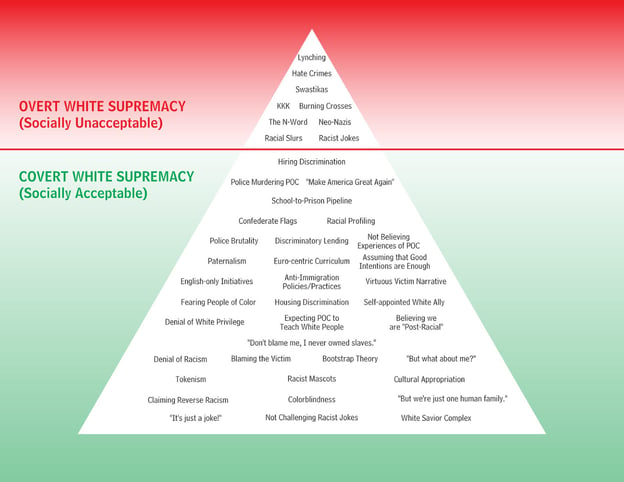 Here's a hard truth that's worth considering: systemic racism exists in your organization, even though it may not be as clear-cut or extreme as what you see on the news. Dana Brownlee cautions: "To only be able to see racism in its most blatant and egregious form renders one unable to detect it in their daily actions or broader belief system."

Which is precisely why we need to learn how to identify and understand the more subtle forms racism takes in the workplace. This means acknowledging that it exists in our heads, either consciously or unconsciously, and how it manifests in our institutions:

Here's Laura Morgan Roberts, professor and author, with a few more ways in which racism can operate under the radar in the workplace.

“To be anti-racist is to acknowledge the permanence of racism through organizations, industries and communities, and to recognize that racism is a system of disproportionate opportunity and penalties based on skin color.

“This isn’t always obvious. It can manifest in policies, procedures, unspoken norms and routines that push people into different paths of opportunity, where some individuals have greater access and others have less, due to race.”

Being aware of and able to identify these less-obvious forms of systemic racism ultimately comes down to educating yourself. (It's not black people's responsibility to teach you about racism.)

Education is the first of many steps

If your organization is behind the curve when it comes to anti-racist education and training, you're not alone. As Maeve Higgins points out, "There are a lot of reading lists being passed around among us whites. Besides books on racism and anti-racism, there are documentaries to watch, conversations to unpack, privilege to be examined and a foreboding sense of work to be done."

What this means practically is learning about not only the ways in which racism manifests in the workplace, but the history of racism in your country and in your community. I guarantee that no matter where you live there are very recent examples of explicitly racist policies and actions that are affecting the lives of black and brown people.

It's important to remember that racism isn't something we've left behind. It's here, now, all around us. So, become familiar with what's happening in your community and workplace, and if you can, get involved. If you can't get involved in these organizations, there are other ways to support their work.

In the words of Emily Joye McGaughy, "to end white supremacy we first need to end it in ourselves." And that means becoming acquainted with (and mitigating) our own implicit bias.

What does implicit bias mean? We need to realize that, no matter how we perceive ourselves, we all have implicit biases: the way we view the world, the way we think about certain people, the way we develop and sustain hierarchies in our head, all of which impacts our behavior.

If your biases are harmful or otherwise non-inclusive, then you likely need to take steps to account for their impact in the workplace, and that means thinking critically about the way you conduct yourself in day-to-day interactions. In other words, it comes down to self-awareness being more intentional about how you speak to colleagues.

One last point about education: educating yourself on racism in the workplace is the first thing you can do, but it cannot just end there. Unlike reading a self-help book or taking a training course, creating an anti-racist workplace isn't a box that can be ticked off. It means taking what you've learned and implementing it in your life, actively calling out and taking action against systemic racism in your organization on an ongoing basis.

If you want to build an anti-racist workplace, you've got to recognize that it's not just on leadership, senior management, or HR's shoulders; it's everyone's responsibility. Here's Beverly Tatum, a psychologist, former Spelman College president, and author on why remaining silent in the face of others' racism reinforces systemic racism throughout an organization:

"Unless I'm really being intentional and thinking about how to interrupt the racist policies and practices that are surrounding me, then my silence is supporting that. The system of this web that surrounds all of us is reinforced by silence. So you have to speak up against it in the places where you are."

To do this, concentrate on your own spheres of influence. If you're sitting in the lunchroom and your coworker or friend says something racist, say something. If the problem persists, escalate accordingly by reaching out to someone you trust in a leadership position. If your organization only hires candidates of a particular racial background, leaving out black, brown, or other marginalized people, call it out to the attention of senior management.

For senior managers and leaders out there, I want to be crystal clear: if someone says something racist, that's immediate grounds for termination. There's no excuse whatsoever. Creating anti-racist spaces where people of color can feel safe should be your priority.

If we're going to build truly anti-racist, people-centric workplaces, we need to start taking a stand as organizations on what anti-racist workplaces look and feel like for every employee. If you're still unsure of how to do that, it's time to listen to people who do. There are anti-racist consultants, diversity and inclusion specialists, activists, and speakers in your area—listen to these voices.

I want to stress this again: anti-racism is a lifelong project that starts with you speaking out, and gradually ripples out to your immediate circle of friends and family, your kids, and your coworkers. In addition to changing your own mind and behaviours, this means you must firmly stand against any kind of racism you witness, including silence.

(compiled by the Dismantle Collective)

Frances E. Kendall, How to Be an Ally if You Are a Person with Privilege

Ta-Nehisi Coates, The Case for Reparations

Margaret Biser, I used to lead tours on a plantation.  You wouldn’t believe the questions I got about slavery.

Holy shit, being an ally isn’t about me!, Voices of WOC & Allies

Ryan Struyk, Blacks and whites see racism in the US very very differently

Matthew Hughey & W. Carson Byrd Born that Way: Scientific Racism is Creeping Back Into Our Thinking

Ernest Owens, 10 Messages of Wisdom We Need to Give Black Youth Right Now

Alexis Madrigal, The Racist Housing Policy that Made your Neighborhood

Nicholas Kristof, When Whites Just Don’t Get It, Parts 1-7

Joy Sewing, Marrianne Williamson Asked White People To Apologize. She Got It Right

Race Amity: A Primer on America’s Other Tradition, Natl Center for Race Amity

White Privilege: Essential Readings on the Other Side of Racism, Paula Rothenberg

Woke Church: An Urgent Call for Christians in America to Confront Racism and Injustice, Eric Mason

White Fragility: Why It’s So Hard for White People to Talk About Racism, Robin DiAngelo

The New Jim Crow: Mass Incarceration in the Age of Colorblindness, Michelle Alexander

Slavery By Another Name, Douglas Blackmon

So You Want to Talk About Race, Ijeoma Oluo

The Color of Law: The Forgotten Story of How Government Segregated America, Richard Rothstein

Stamped from the Beginning: The Definitive History of Racist Ideas in America, Ibram X. Kendi

How to be an Antiracist, Ibram X. Kendi

White Awake: An Honest Look at What it Means to be White, Daniel Hill

The Business of Slavery and the Rise of American Capitalism, Calvin Schermerhorn

When They See Us, Ava DuVernay

I’m Not Racist Am I?, Andre Lee

Slavery By Another Name: The Re-Enslavement of Black Americans From the Civil War to World War II, PBS based on book by Douglas Blackmon

Reconstruction, PBS based on book by Eric Foner

The Enduring Myth of Black Criminality, Ta-Nehisi Coates via The Atlantic

How to Have a Voice and Lean Into Conversations on Race, Amanda Kemp

The Future of Race in America (on The New Jim Crow: Mass Incarceration in the Age of Colorblindness, Michelle Alexander

How Race Settled the Suburbs, Upworthy (Adam Ruins Everything)

Keeping your culture alive while going through hypergrowth with Brian Manning 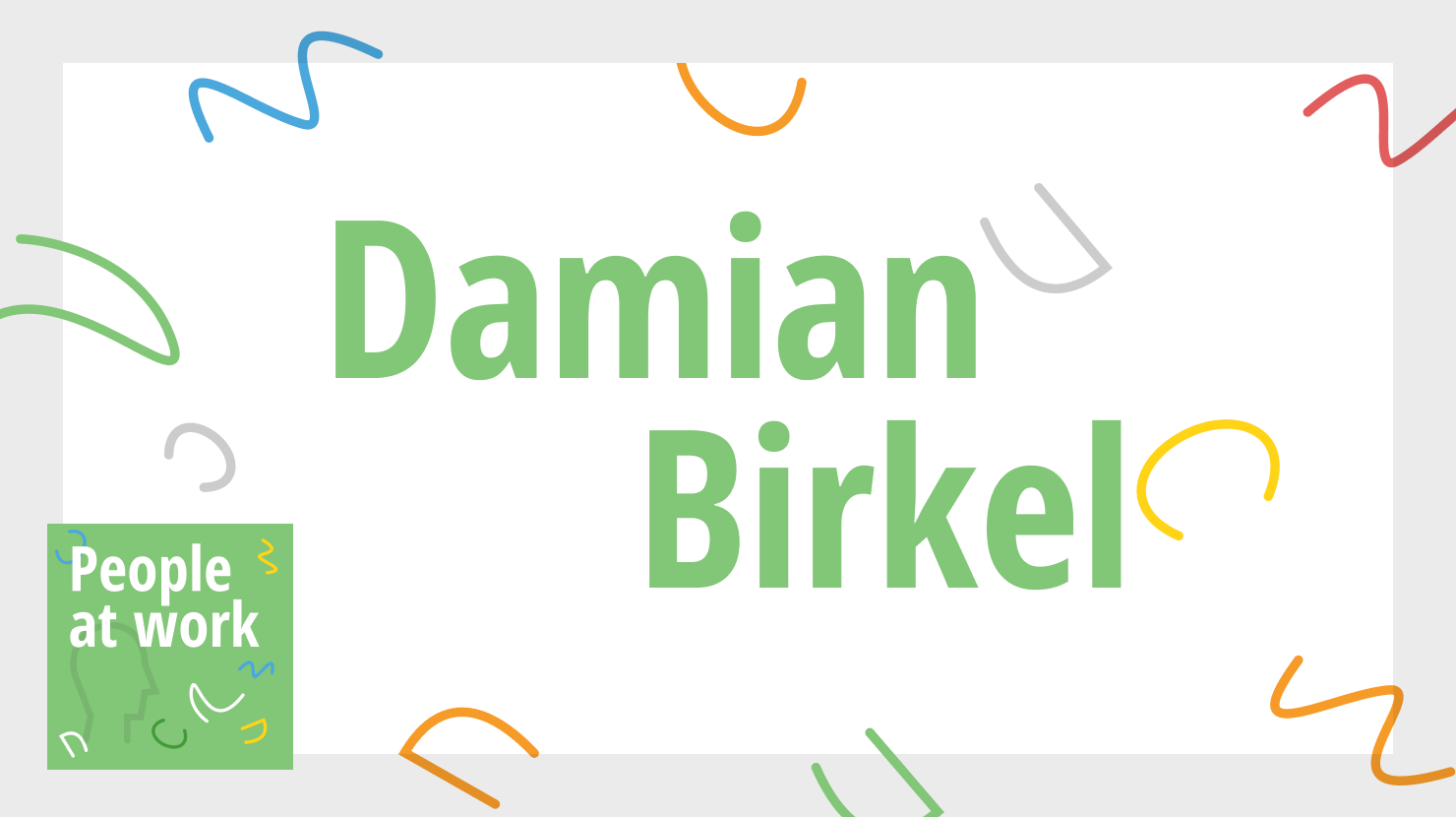 The pros and cons of taking the pledge of allegiance to your boss.